Men can be fine to date, but once they are married to you, sometimes it flicks a switch. At that point, maybe they think that, as their wife, they have some ownership over you. This plays into the idea of control over another person and something they can often exercise behind closed doors. 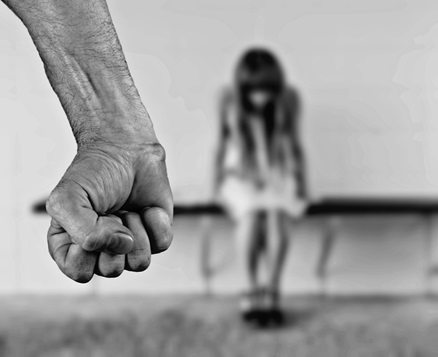 Not every woman realizes when she has selected a bad apple. A man may hide his abusive or violent tendencies until much later in the relationship and even several years into the marriage. Anything could potentially trigger it, including a more stressful job situation, unemployment with financial stress, or other changing life circumstances.

Here are 4 tell-tale signs that your husband may be abusive, if you’ve not acknowledged that reality yet.

While he may have always been a bit of a hothead, now it’s something that must be managed daily. When he begins to get riled up, if you find yourself needing to always calm him down again for fear of what might come next, that’s not okay. When he’s like a pot ready to boil over and it’s beginning to concern you, know that that’s a problem. People need to manage their annoyances in life and not get angry about them regularly. Not taking them out on their loved ones is part of that. Letting off steam is fine, but there are plenty of healthy outlets for that.

2.      You Get the Blame for Everything That Goes Wrong

People who are controlling or manipulative use shaming and blaming strategies to make another person wrong and them right. You may have heard the term ‘gaslighting’ and this is exactly that. When done successfully and persistently, they may begin to make you disbelieve and doubt your own mind. This also is intentional because then they can gain control over the situation. Blaming and showing anger are signs that they’re being psychologically abuse and controlling before they’ve gotten to the violent stage. Not all husbands ever reach the violent stage, but it’s more than likely that they will.

When he goes to bars and regularly gets into fights, that’s not sensible behavior. Grown men don’t usually do that unless they’re out of control or have a problem with substances. A drunk man returning home is often going to row with his partner. Sometimes, they may lash out in a drunken state but either not realize they did it, or apologize and expect that to be the end of it. Does this describe your husband?

4.      Disagreements Increasingly Have a Physical Component

It may have started with light pushing and then progressed to slapping or other physical actions, but now disagreements more often than not lead to violence. If that’s your situation, then the abuse has escalated to a point where it may be necessary to hire a domestic assault lawyer. At the very least, it’s time to make preparations to move out. If you don’t have a job, then find one to create an independent source of income to do so.

Tolerating an abusive relationship is unnecessary. No one deserves that. If it’s your husband, either they need to seek treatment for their behavior, or you need to leave and file for divorce. Staying long-term in that kind of life situation is unhealthy and could have terrible consequences.

Navigating the legal system after a personal injury

Attorney Keeper and it is Impact to Lawyers

How To Get Clients And Improve Your Law Practice Business

Why Should You Get a Registration from the USA?

What Makes You Eligible for a Green Card?

What To Know Before Choosing A Lawyer